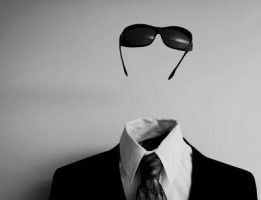 Today’s blog is triggered by the entry authored by my friend and colleague, Ben Sommer, reflecting on the laziness of describing architecture with pronouns. In our roles as architects, IT strategists, or just technical leaders guiding successful project implementations we frequently find ourselves defining plans and parceling out tasks.

I learned many years ago on a project with a wise project manager that an action, task, or follow up requires one and only one owner. Assigning in any other manner inserts enough ambiguity to create risk, for two reasons:

Even assigning a task to two people creates an issue. Who will get the ice cream? Ben and Jerry. Unless Ben thinks Jerry is getting it and Jerry thinks Ben is getting it, then nobody gets the ice cream and even more importantly nobody gets ice cream at the company picnic. Who’s fault is it? Ben’s? Nope. Jerry’s? Nope. It is the fault of the coordinator who assigned the task, that’s who.

Learn to prompt until you have a single name to whom you can assign an action! In case I haven’t already overstated the problem and the solution, here is a helpful sample dialogue to illustrate:

Now everybody enjoys ice cream at the picnic!

In summary: Who creates risk? Vague and/or multiple owners create risk. Which means you create risk if you don’t assign every action to one and only owner owner!

Need any assistance slinging pronounce, tasks, or architectures? Contact us!