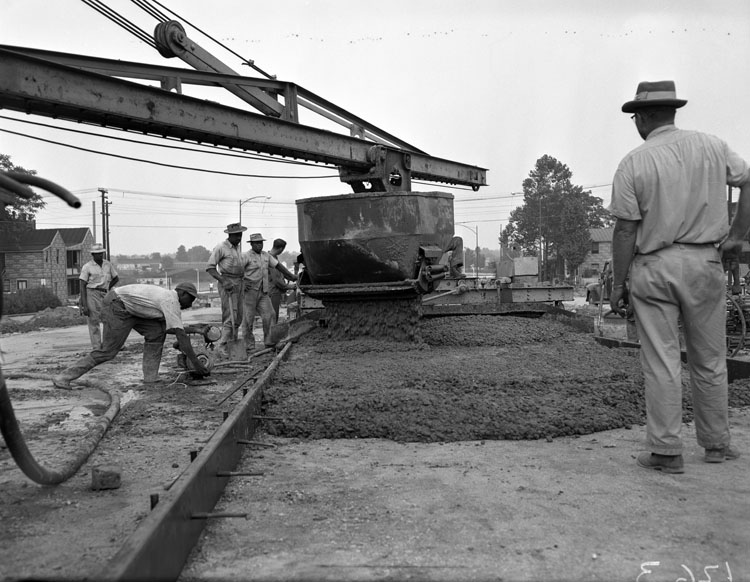 Another weekend, another too good to pass up Twitter conversation during my “unplugged” time. This weekend, Grady Booch hooked me by retweeting Mike Potts tweet:

@Grady_Booch At what point does professional regulation get forced as result of continued ethical violations of public trust/common good?

A personal message to the developers who wrote the code for Uber's Greyball Tool: you are a disgrace to the industry nytimes.com/2017/03/03/tec…

However, when contemplating fixing a problem, we need to be extremely mindful of the potential for creating harm as a result of the “fix”. Particularly we should be wary of creating harm out of proportion to any good we do (i.e. we don’t want to kill roaches by burning down the house). I chose the image at the top to illustrate something key to this discussion – changing laws (the software of our meta-enterprise) is only slightly harder than moving a roadway once laid down.

Now for the caveats:

As I noted above, it’s human nature to respond to problems with some proposal to fix the problem. It also seems to be human nature to respond in a manner that doesn’t necessarily deal with an issue from a systemic perspective. We tend to allow ourselves to concentrate on the need to “do something” and ignore the hard work of making sure what we do is effective (and doesn’t cause further problems). In other words, we put band aids on bullet wounds.

In both the case of VW and Uber, the conduct alleged is criminal. We could pass new laws making it a crime to commit a crime, but that seems to be an exercise in recursive futility. If the potential penalty in the first case was insufficient to induce compliance, should we really believe adding another layer will make it better?

An element that’s present in both cases is that the illegal conduct involves creating software to help avoid detection of the fact that the company was breaking another law. Regulatory pressures coupled with a corrupt culture can create perverse incentives to cheat. This does not in any way excuse the conduct, particularly in the case of VW. It is, however, one of the systemic factors that should be taken into account.

In my experience, the most effective compliance program is one where compliance is the path of least resistance. Self-imposed compliance cannot fail to be more effective than compliance enforced externally. Corrupt agents will still violate the rules, but ideally you want to make it so that the lazy way out is the desired behavior.

Another aspect of regulation that comes up is something along the lines of professional standard similar to those of attorneys, accountants, and doctors. Increasing the level of professionalism is laudable, but would it be an effective response to the issue of criminal misconduct? Additionally, assuming it was legally enforced, what would the cost be? Everything from administration of the program to salary increases would introduce new costs and would likely affect the pace of innovation (due to the impact on both supply and demand). Again, without justifying the conduct, what was Uber’s motivation to develop its code to defeat detection by regulators?

I can well imagine other potential issues with a regulatory regime that requires a license to code. Not only commercial innovation would suffer, but the effects on the Open Source community could be disastrous if the licensing regime was expensive.

Doing “something” is easy. Doing something effective is a bit harder. I’m all aboard for punishing the guilty (each and every one), but we should move carefully when considering actions that might be more difficult to undo.