Based on my personal experience of over Eight years of working in Air Travel Transport Industry, I am a firm believer that the Air Travel Transport Industry has been a technology pioneer on a number of fronts. The rest of the world has caught up with Cloud Computing only for the past few years but if you talk an Air Travel Transport veteran about the Innovation of Cloud, just be very careful and be ready to duck for a cover. The reason being he might throw a book of IATA messages at you which have been encoded by Air Travel Transport Industry’s very own Cloud providers such as Amadeus, SITA, Sabre for many years ago! Whether it is offering transaction based computing model or volume based billing, this Industry has been doing this for decades, it did not wait for Cloud revolution to hit us.
Not so long ago when XML was supposed to revolutionise everything it embraced Web Service paradigm and most Air Travel Transport companies have been offering WS integration options for it’s legacy platforms for a number of years now. Unfortunately the Industry suffered perfect storm of Wars (Iraq), Epidemic (SARS), Terrorism for best part of last decade and has been struggling to make any money let alone invest in technology advances. However, things have been changing for past couple years now and the Air Travel Industry is again back to what it does best….Innovate without making any fuss about it.

SITA has recently announced that it is now powering Malaysia Airlines to book, check-in and share on Facebook platform. The Airline now allows any of the more than 500 million people who use Facebook to not only book a flight with the airline but to integrate trip details into their social graph, identifying friends who might be sharing flights, or who will be at their destination. Developed with Malaysia Airlines by SITA Lab,  MHbuddy is an application on Facebook Platform that allows passengers to book and check-in for a flight while sharing their trip details with their friends. As passengers book a flight on MHbuddy, they are reminded which of their friends live at the destination and also told of any that are planning to visit at the same time, prompting the booker to send a message. Travellers can also share their itinerary with friends and suggest the same itinerary to them. SITA CTO Jim Peters says, “This initiative is a great step forward and gives people who use Facebook the opportunity to do what Facebook does best – keeping in touch and sharing life experiences with friends.” I personally think this is simple yet amazing development which will open a number of opportunities for developers, consumers, airline, passengers to make the most of such Social Media tools.
Late autumn Delta Airlines became the first airline to enable a booking and search engine into its Facebook page and in February American Airlines announced it was integrating its frequent-flier programme into both Facebook and Twitter. However as Monty Munford says in the Telegraph, “The silence from UK airlines has been deafening. While EasyJet postured that it would be the first to allow check-ins on its Facebook page it was Delta who flew off with that particular prize and now a new initiative from Malaysia Airlines only underscores how UK airlines need to get (much) more social.” 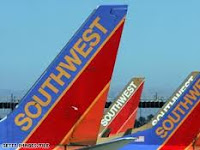 Mike Brown has written a good blog on this topic where he has presented the Southwest Airlines case study. He writes about listening and personalising to and for customers as key. He discusses the importance of Localisation to suit distributed business like an airline. He writes about collaboration both internal to an organisation and external. And all these boxes are ticked by Social Media tool such as Facebook or Twitter. However one thing is key in the discussion of Social Media and Mike Brown sums it up well when he says, “Social Media Doesn’t Fix Bad Brands, but It Sure Benefits Already Great Ones”.
So I am not claiming here that your next long-haul will be your best and most memorable flight! It may still continue to be as bad or good as it was in terms of customer service, food, promptness etc. The point here is that you will be able to influence viewpoints, review, list opinions and research in advance. More importantly you will have a ready access and platform to post these issues. And this is the power which Social Media gives to us! Long live Airline and Long Live social Media! We love you both!