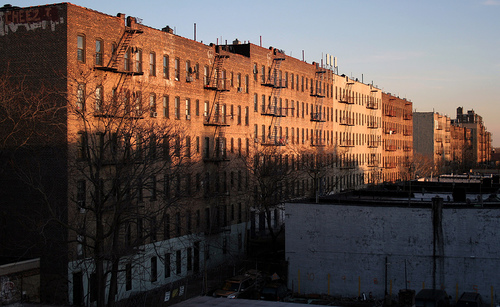 The underlying theme of my last post, “Babies, Bathwater, and Software Architects”, was that it’s necessary to understand the role of a software architect in order to understand the need for that role. If our understanding of the role is flawed, not just missing aspects of what the role should be focusing on, but also largely consisting of things the role should not be concerned with, then we can’t really effectively determine whether the role is needed or not. If a person drowning is told that an anvil is a life-preserver, that doesn’t mean that they don’t need a life-preserver. It does mean they need a better definition of “life-preserver”.

Ruth Malan, answering the question “Do we still need architects?”, captures the essence of what is unique about the concerns of the software architect role:

There’s paying attention to the structural integrity of the code when that competes with the urge to deliver value and all we’ve been able to accomplish in terms of the responsiveness of continuous integration and deployment. We don’t intend to let the code devolve as we respond to unfolding demands, but we have to intend not to, and that takes time — possibly time away from the next increment of user-perceived value. There’s watching for architecturally impactful, structurally and strategically significant decisions, and making sure they get the attention, reflection, expertise they require. Even when the team periodically takes stock, and spends time reflecting learning back into the design/code, the architect’s role is to facilitate, to nurture, the design integrity of the system as a system – as something coherent. Where coherence is about not just fit and function, but system properties. Non-trivial, mutually interacting properties that entail tradeoffs. Moreover, this coherence must be achieved across (microservice, or whatever, focused) teams. This takes technical know-how and know-when, and know-who to work with, to bring needed expertise to bear.

Yes, a lot of production software is like that.

Even if the parts are perfectly implemented and fly in perfect formation, the quality is still lacking.

A tweet from Charles T. Betz points out the missing ingredient:

First use of the word "architecture" w/r/t computing, I think. Unsurprised it was Brooks. amturing.acm.org/Buchholz_10263… https://t.co/Pafm8NJw7a

Now, even though Frederick Brooks was writing about the architecture of hardware, and the nature of users has drastically evolved over the last fifty-four years, his point remains: “Architecture must include engineering considerations, so that the design will be economica1 and feasible; but the emphasis in architecture is upon the needs of the user, whereas in engineering the emphasis is upon the needs of the fabricator.”

Who, if not the software architect, is looking out for the livability of your system as a whole?