And, yeah, this is where it gets kinda scary. For me, anyway…

I hate the money-economy. (Understatement… But explaining that is for another post than this one.) The reality, though, is that I do have to find some way to work with it, if any significant amount of the bucket-list is to get finished in any reasonable / useful time.

(The ‘bucket-list’ is a list of tools, techniques and models for sensemaking and decision-making in whole-enterprise architecture, big-picture change and more. It’s nicknamed ‘the bucket-list‘ because it’s what I need to complete and make more available for everyone, before I, well, kick the bucket…)

First-up, there’s real progress that’s already been made on a small handful of aspects of the bucket-list:

— The business-novel ‘Changes‘ is now about two weeks away from initial release. It’s packaged as a sort of ‘business-thriller’ about the realities of business-transformation, but in effect it acts as an accessible and usable introduction to quite a lot of the tools – in particular, SCAN, SCORE, Five Elements, the SEMPER power-model, the ‘holomap‘ stakeholder-map, and service-modelling with Enterprise Canvas.

— In working with the graphic-designer on how to do the sketch-style graphics for Changes, we realised that we could use the same approach to get moving again on the long-stalled The SCAN Sketchbook – a practical, easily-accessible workbook for context-mapping with SCAN. What I was stuck on was a good means for doing the sketches: but with that solved, there’s enough of the text for that, already written, that would make an initial version that book usable straight away – or within a few weeks, at any rate.

— I’ve also completed an outline and initial content for Mythquake, a book-format diagnostic and toolset to identify, prepare for, de-risk and resolve ‘mythquakes’ – disruptions and social ‘shake-ups’ that arise from mismatch between expectation and reality – at every level from everyday-upsets to global-scale upheavals. If I get it right, this will be an essential tool for anyone working in large-scale change, in almost any type of context. 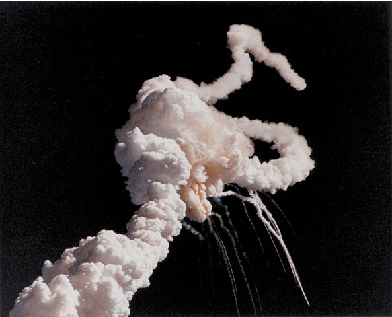 All of the material for the book and the associated worksheets does already exist in some form or other: what I need now is the time and support to get it finished and get out there.

— A few months back, I set up a full set of printable worksheets for a fair chunk of the ‘bucket-list’ models. From the tests we’ve done with them in live consultancy-work, they work really well. To make them more usable, I need to spend some time to create a full set of step-by-step instructions for each.

But to do all of that, and make it more accessible to more everyday-folk, I’ll need not only some way of covering my own time, but the help of a good graphic-designer, a good instructional-designer, and probably others as well.

All of which costs money – serious money. Money that I just don’t have. (As many of you will already know, I think?)

But this is where you might be willing to help in this story?

On LinkedIn, Alex Freeman and others suggested I look at Patreon as a possible way to fund the further development of the bucket-list.

The money would go towards paying for graphic-designers and the like, without which this just isn’t get done. (Okay, much of it already exists on this weblog and other places, as listed in the ‘bucket-list’ – but I’d have to admit it isn’t often in immediately-usable form. The aim is to make it usable, for everyone.)

Would this work, for you and/or for others? Should I go ahead with this?

Would you be willing to sign up to support this project via Patreon? For how long would you be likely to support it? – given that you can stop supporting at any time?

Are those subscription-levels right? Am I undercharging/overcharging there? Should I be making different offers? If so, what should those be?

Advice and suggestions in the comments below, please?