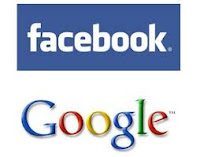 So how will you describe the relationship between Social Networking and E-Mail? Marriage made truly in heaven or this is one of those affairs which were always destined to be short-lived?

If analysts at Gartner are to be believed then the Social-Networking Services will replace E-Mail as the primary vehicle for interpersonal communications for 20 Percent of Business Users by 2014. Gartner cites greater availability of social-networking-services, coupled with changing demographics and work styles for this projection. “In the past, organizations supported collaboration through e-mail and highly structured applications only,” said Monica Basso, research vice president at Gartner. “Today, social paradigms are converging with e-mail, instant messaging (IM) and presence, creating new collaboration styles. She further adds that, “The rigid distinction between e-mail and social networks will erode,” Ms. Basso said. “E-mail will take on many social attributes, such as contact brokering, while social networks will develop richer e-mail capabilities.”

But if this analysis and projection is true then why would Social Networking pioneer launch its own email service? As PCWorld reports, Facebook announced Monday that it is building a full-fledged e-mail system into its 500-million-member-strong social network. Facebook CEO Mark Zuckerberg said the new e-mail offering will be introduced over the next couple months to users. Zuckerberg said e-mail is just one part of the new, converged messaging system called Facebook Messages. The system blends e-mail, Facebook messages, SMS, and chat in one interface, so that users can receive and send messages in whatever form is appropriate. Facebook’s 500 million users will be able to get an @Facebook.com e-mail address that will allow them to communicate with any email account outside the Facebook network.

I am not yet sure if this Facebook development confirms the Gartner analysis or shows crack in their argument. It probably points to an eventual convergence of communications and social media. As Guardian blog wonders, Despite Facebook founder Mark Zuckerberg’s claim that it’s ‘not a Gmail killer’, Facebook’s ‘Project Titan’ will enable users to integrate email, phone text messages and instant messaging in one platform on their Facebook page. Is this the ultimate communication solution?

The final word in this debate however is provided well by the Gartner report which does recognise that, “Technology is only an enabler; culture is a must for success. A truly collaborative, effective and efficient workplace will not arise until organizations make these capabilities widely available and users become more comfortable with them.”