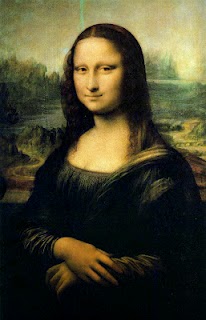 For six weeks and with about $10,000 I had toiled to create an additional bathroom in my previous home just in time to host some relatives during the holidays. I only had time to throw one of our better bath towels over the curtain rod as this element of decor had not yet been selected. A friend reviewed the new pristine necessary room, shower stall, sink, roomy closet and other accouterments, and remarked, “Nice Curtain.” I secretly hoped he’d get shin splints.

Did you know that the background of the Mona Lisa is drab, she has no eyebrows, and her hands are those of a child.

Turning the aircraft carrier USS Enterprise 1800 degrees takes over a mile, and at that rate of turn, you’re going to lose just about everything on deck that isn’t nailed down.

According to Movie Mistakes, an online web site that tracks such things, the movie Titanic contains over 253 errors, gaffs, or inconsistencies.

Of course, the Mona Lisa is considered one of the greatest pieces of art the world has ever known. The history of the USS Enterprise is unparalleled, and Titanic won 11 Oscars, and was nominated for three more.

Criticizing things is easy – even things that are exquisitely designed and crafted. It takes no special skill or intelligence to find fault with someone else’s work.

Architecture largely permits or precludes a solution’s quality attributes – it neither guarantees nor causes perfection. A review of architecture should not be an assault on lack of perfection, rather it should assess the overall fit to function, identify areas where improvement is actionable, and recognize where incremental progress is evident.

Viewing the ceiling of the Sistine Chapel for even a brief while causes neck spasm that can be difficult to relieve. It takes no special skill to be a cynic.

We often find ourselves asked to assess the quality of a solution, specifically its architecture, which almost by definition is not perfect. Without fail, someone will comment on an aspect we’ve “missed”, something that is not optimal, or just whine. I wish those people to have boils and plantar fasciitis.

Honesty, and objectivity are not synonyms for criticism and negativity. We must strive to recognize that which works, that which doesn’t, and that which is moving in the right direction.