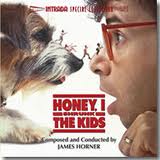 In 1989 Walt Disney Pictures released a popular comedy with the title of “Honey, I shrunk the kids”. It was early days for animation and graphics wizardry in the movies. Jurassic Park was still four years away; the first Harry Potter movie was eleven years away from birth and Avatar 3D was beyond imagination. Nonetheless the movie was fascinating, entertaining and memorable to say the least.  So what reminded me of this movie today ….

Microsoft and HP are showing the first fruits of their combined quarter billion dollars worth of labour. The pair announced they have built four enterprise-focused appliances that they say will combine applications, infrastructure and productivity tools into a single unified system. One is the HP Business Decision Appliance, which is intended to run business intelligence applications. The appliance, they say, greatly reduces the time and effort for companies to deploy and manage business intelligence. The second is the HP Business Data Warehouse Appliance; a data store designed for small and mid-size companies that they say delivers performance that’s suitable for a big enterprise. The other two are messaging and DB consolidation appliances respectively.
It may not be intended that way but to me it appears to be bordering on the claims of “Honey I shrunk the BPM”.  I am not saying this is a false strategy, neither am I endorsing the approach. It does appear to be a logical and well-thought out strategy which could be vindicated or otherwise only by the sales figures over next quarters or years. However the real question to ask here is what has Cloud Computing, Virtualisation and Dynamic Infrastructures done to the concept of Business Intelligence, Business Processing and Business Process Management (BPM) as a discipline.

Business Intelligence and Process led approach has been around for some time now and been tested in various scenarios. Simply to illustrate one aspect of this approach, in the 1990s Michael Hammer changed the industrial attitude towards organisation and process reengineering, work flow and business processes by writing his influential papers on BPM in HBR. In particular see “Reengineering Work: Don’t Automate, Obliterate“ published in July 1990. Since then BPM led process reengineering approach has not looked back. A number of approaches, tools, methods have come and gone in the quest of nailing that elusive nirvana state where organisation captures its essence in well-defined business processes. The promise here is to become predictable, repeatable, standard driven. This seamlessly links with promise of process efficiencies, lean, continuous improvement and a number of other sub-streams of BPM.

I don’t know if it’s just me but BPM focus from vendors seems to have run out of steam for past few years. The BPM tools look tired, the vendors who sold us the state of BPM nirvana have subtly moved onto promises of Service Oriented Architecture in the process throwing some more promises such as web services and Business Rules driven systems on sideways. The event driven architecture, dynamic decision making processors appear to have passed their sell by date too. Lately Cloud Computing seems to have dazzled leading vendors and most of the marketers to line up dozens of new offerings for us every month. Apart from the obvious hype curve, Cloud computing paradigm indeed makes sense and is here to stay to a great extent. However technology vendors should not be under the impression that, Cloud (or for that matter any other technology paradigm) has given them the ability to minimize the scope, size, complexity and overall concern of BPM.
The concept of BPM is intrinsically linked with the fabric of the organisation. Business processes serve its customers, connects its suppliers, links it with the industry supply chain, makes it money, Simply put organisation exist to enable Business Processes to serve its customers. No technology vendor and IT leader should underestimate this and make or fall for claims of BPM or Business Intelligence in a box. It is a fantastical concept and indeed entertaining just as Honey I was in 1989. However let us not forget that the CGI and animation wizardry of Cloud computing is still years away from maturity. I certainly hope it survives hype curve and delivers value for shareholders and consumers. But irrespective of its existence the core principles of BPM will thrive, will be required and will remain at the heart of enterprise computing. Promise of shrinking that in an appliance appears to be naïve when you consider that the real world which IT is trying to serve is indeed complex and hence attempting to simplify that by “solution in a box” may not be realistic.