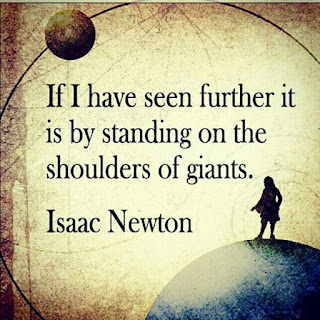 A report by the National Bureau of Economic Research (NBER) indicates that for an individual to develop a new idea, they first have to learn and understand the information from previous generations in order to add to what is already known. Absorbing the level of learning required to innovate now consumes the first three decades of life.

“If one is to stand on the shoulders of giants, one must first climb up their backs, and the greater the body of knowledge, the harder this climb becomes,” says the report. See here. The NBER studied the ages of 55,000 patent holders for new inventions and concluded that the average age for true genius to appear is now just under 40, as an average.

Grace Hopper started at the age of 39 on an endeavor that became the first software compiler – ten years later. In her 50’s she participated in the invention of COBOL. Benjamin Franklin began work on the Declaration of Independence at age 70; he’d get to inventing bifocals a few years after that.

The poet Robert Frost, did not publish his first book until he was 39.

Janet Rowley, a professor at the University of Chicago medical school, demonstrated that leukemia was caused by chromosomal abnormalities – she made her discoveries in the 1970’s when she was in her late 40s and early 50s.

Steven Jobs founded Apple Computer when he was only 21 in 1976. He left Apple for a while but returned as CEO in 1996 – twenty years later, ten years AFTER that, he gave us the iPhone. Not bad for 55, huh! I don’t consider myself in these leagues, but I earned my first patent at age 54.

There is a story President Ronald Reagan once told about his days campaigning on college campuses. Someone said to him, “Governor, we want to talk to you, but I think you should realize that it’s impossible for you to understand us – It’s sad, but it’s impossible for the members of your generation to understand your own children. You weren’t raised in a time of instant communications or satellites and computers solving problems in seconds that previously took hours or days or even weeks to solve. You didn’t live in an age of space travel and journeys to the moon, of jet travel or high speed electronics.” Regan replied, “You’re absolutely right. We didn’t have those things when we were your age. We invented them.“

A study conducted by the Ewing Marion Kaufman Foundation of 600+ CEOs and leaders of product development learned that the average age for individuals to found high tech firms was 39. Jack Benny would be so proud (take that Gen-Y’ers – Ha! Do you even know who Jack Benny was? Ok, so he’s dead – sure, but still – Ha!). 39 years young; and that was the average – so some of these innovative entrepreneurs were much older (to account for the fact that some of them were pre-teen).

Author Clive Thompson has a piece in Wired Magazine titled “The Ages of Innovation”, and makes the point that younger innovators tend to see ideas because they don’t have a grasp on the full complexity of the problems. They are fearless, and have unlimited time and energy to spend (until, you know, they start dating). He says that twentysometing Web prodigies are fun and all, but the veteran visionaries will save the world.

Keep this in mind; young thinkers often have no idea that they are inventing something great – they have no plan, no goal, they’re just permuting though ideas and sometimes one will stick. Big. Older innovators see the true complexity of the world, and if they can get past that daunting self-inflicted trepidation, it is the older inventor that can cause great change directed at solving specific problems.

Innovation knows no age, it is not limited by experience, in fact age, wisdom, and experience make innovation more possible. Don’t let the complexity of the world intimidate you – feed on it. Find a giant and climb up their back.