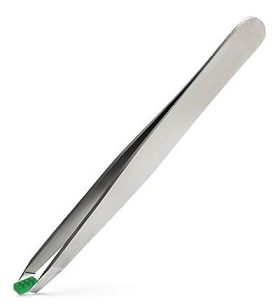 I must say I was sceptical when I first heard the term “microservices”. It sounded like yet another wash-rinse-repeat cycle of earlier incarnations of SOA. It appears I was wrong – this architectural pattern has some  interesting characteristics that, in my opinion, offer some real potential for event-driven, edge-processing systems (that are prevalent in the Internet of Things).
After watching Fred George’s video, I realised what he described was an event-driven, agent-based, systems’ model, rather than how many of us see SOA implementations today (often way-off the original notion of a SOA). At a conceptual level, the pattern describes a ‘Complex Adaptive’ system.  Essential principles of the architecture, however, appear teasingly elegant and simple. Few of these design principles are unique to microservices, but in combination, they make a compelling story:
Publish anything of interest – don’t wait to be asked, if your microservice thinks it has some information that might be of use to the microservices ecosystem, then publish-and-be-damned.

Asynchronous & encapsulated – everything is as asynchronous as possible – microservices manage their own data independently and then share it in event messages over an asynchronous publish-subscribe bus.

Think events not entities – no grand BDUF data model, just a cloud of ever-changing event messages – more like Twitter than a DBMS. Events have a “use-by-date” that indicates the freshness of data.

Events are immutable – time-series snapshots, no updates allowed.
Designed for failure – microservices must expect problems and tell the world when they encounter one and send out “I’m alive” heart-beats.

Self-organizing & self-monitoring – a self-organizing System-of-systems’ that needs no orchestration. Health monitoring and other administration features are established through a class of microservices.

Disposable Code – microservices are very, very small (typically under 1000 lines of code). They can be developed in any language.

Ultra-rapid deployment – new microservices can be written and deployed with hours with a zero-test SDLC.
It struck me that many of these design principles could apply, in part, to a 2020 Smart Grid architecture I’m working on, and to the much boarder ‘Internet of Things’ecosystem.
The microservices pattern does seem to lend itself to the notion of highly autonomous, location-independent s/w agents that could reside at the centre, mid-point or edge of an environment. I can imagine that the fundamental simplicity of the model would help, rather than hinder, data privacy and protection by being able to include high-level system contexts, policies and protocols (e.g. encryption and redaction) applied to the event-streams. This pattern, of course, won’t be the ‘right-fit’ for all situations, but it does seem to offer interesting opportunities in:

It may be that the microservices pattern can only be applied to operational decision-support and behaviour profiling situations. But if that’s the case, I still see great potential in a world where many trillions of sensor-generated events will be published, consumed, filtered, aggregated, and correlated. I’m no longer a developer, but as an architect, I’m always on the look-out for patterns that could: either apply to future vendors’ products and services, or could act as a guide for in-house software development practice.

As always, I’d be keen to hear your views, examples and opinions about microservices and their potential application to the IoT. Have you come across examples of microservices pattern in an IoT context – deployed or in the labs?
I whole-heartily recommend setting aside an hour to watch the video of Fred George’s presentation on microservices:

Post-post:
Duke Energy are doing some interesting things in the Edge Processing space.

Here’s a video on microservices in the conext of IoT  (worth ignoring the references to Cloud/Azure):

http://www.microsoftvirtualacademy.com/training-courses/exploring-microservices-in-docker-and-microsoft-azure
I’d like to talk to anyone who’s impelmenting/ thinking about a Staged Event Driven Architecture using microservices for Edge Processing.

Phil Wills on experience of deploying microservices at The Gaurdian