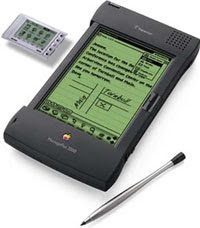 I ran my company’s Advanced Technology Group for five years and was able to evaluate a whole range of new tools during a time when Personal Digital Assistants (PDAs) were just coming into being. I still have my Apple Newton, a Palm Pilot, and even a Rex PC – a PDA so small it slid into the PCMCIA port in the side of your other PDAs and synchronized with your email, calendar, and task list. That was just one dangley thread on the wool suit of emerging technology circa 2000.

I still hold out hope that during some unimaginable disaster, I will have the one combination of elderWare that will save mankind, like the invisible bacteria that saved Earth in War of the Worlds.

While we all love the new and novel, we also work in environments that have established standards. There are standards for technologies, standards for processes, and behaviors, and even standards for changing the standards. Does this not create a perpetual conflict? Isn’t the very nature of standards, implicitly counter-supportive of innovation? 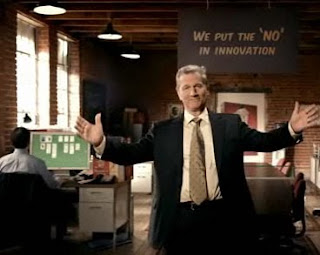 I happen to believe that standards and innovation go hand an hand. Standards, operating practices, common reusable assets, I believe, foster rather than inhibit innovation.

Consider the plight of the impoverished people of northern Nigeria in the late 1990’s. The lack of suitable refrigeration literally killed people and destroyed their opportunities for social and economic progress. Mohammed Bah Abba, a business man and college lecturer used a combination of two clay pots, one inside the other, separated by wet river sand to create a cooler. As moisture in the gap evaporates from the outer pot towards the dry desert air, the temperature in the inner pot decreased. Simply stated, clay pots, wet river sand, and dry air are all pretty standard in that region of the world.

Standards, assets, and practices can be thought of as structures that facilitate the expression of creativity. Take a moment and ponder your music library, your iPod, or your albums. Even though music is bound by a finite number of notes, chords, keys, and of course the notion of rhythm, it is still considered a boundless avenue for creativity.

Standards are not an obstacle to creativity; rather standards and other structures are the facilitators of innovation!